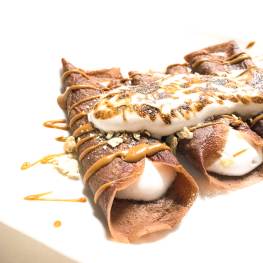 I’ve been home for a week, and being home always gets me reminiscing–even in the kitchen. So, naturally, this week’s recipe has a history behind it, a family narrative woven into its ingredients. This particular recipe finds its origins in the upper peninsula of Michigan, in a town called Iron River. It was in this small town that my dad’s parents and extended family were raised, and it’s where I spent one of my favorite summers years ago.

You don’t really know your family until you’ve spent 24 consecutive hours in a van with them. Though I was much younger then, I can still remember waking up groggily at a gas station in some unknown state to the steady drone of comedian Garrison Keillor’s voice playing from the speakers, my stuffed Webkinz iguana wedged between my back and the seat. My sleepy eyes would last maybe a few minutes at each stop, enough to see some seat swapping as my grandpa took his turn to drive or my mom’s tired smile and “How’re ya doing?”or my grandma’s latest analysis of the paper map which she refused to abandon for modern GPS (I don’t doubt that she’ll be using an atlas ten years from now). After one day of this fuzzy, sleep-splattered, twilight zone of a road trip, we arrived in the U.P. (upper peninsula).

My great aunt and uncle live in a beautiful cabin-style home on a quiet lake. There are no shopping centers, large intersections, or major businesses nearby. For some kids or older teenagers, it might have seemed dull or disconnected. But for my sister and I, who were thankfully not yet slaves to the existence of good Wifi, it was an absolute wonderland. We spent our days swimming in the lake with the fish that we were convinced followed us through the water; knee-boarding behind my uncles in the motorboat; walking in awe through the collection of my Uncle Joe’s massive wooden chainsaw sculptures; trash-talking my Uncle Wally during intense lawn golf tournaments; picking wild blackberries around the foliage of the house; and sitting as still as possible with Cheezits lining our arms waiting for hungry chipmunks to come nibble. 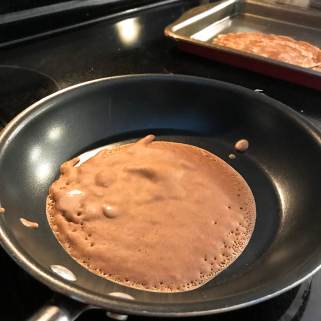 Some of the fondest memories, though, were those made around the campfire. It was here that we’d always settle in, where everyone would return from their personal daily adventures and sink down shoulder to shoulder around the heat of the fire and the smell of whatever we were toasting that night. One of these nights, my family introduced me to sailors s’mores. Basically, you replace the graham crackers of regular s’mores with saltines and add peanut butter to the chocolate and toasted marshmallows. It just about blew my little 10-year old mind; I couldn’t believe my bonfire dessert repertoire had been so lacking. As a long-time fan of merging the salty and sweet, I decided I’d met my peanut butter chocolate soulmate that day. 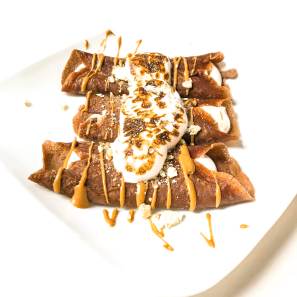 Of course the sailor s’mores were just a minuscule piece of that trip, that summer. But by reinventing those delicious little sandwiches, I like to think I’m preserving all those other memories. I’m feeling thankful for the times I’ve spent with my family in the purest center of God’s creation, thankful for a brain that can so instantly recall those wonderful memories, and a stack of crepes that can help trigger them all these years later.

How many are your works, Lord! In wisdom you made them all; the earth is full of your creatures. There is the sea, vast and spacious, teeming with creatures beyond number—living things both large and small.

These crepes will defy even the traditionalists’ view of s’mores. Loaded with toasted marshmallow, chocolate, peanut butter, and salty crushed saltines, they bring the campfire to your taste buds when you can’t go outside.

ASSEMBLY (Suggested–you can stack these up however you’d like! Check out the picture below)