THIS POST HAS BEEN EDITED TO INCLUDE THE RECIPE 🙂

Well, this is awkward…in all thirty-some Sundays of this blog, I’ve yet to show up recipe-less. No matter what’s occurred each week, I’ve always–sometimes against my better judgment–managed to produce some sort of successful bake to share with you. Today, with immense reluctance, I admit to doing something that pains every bone in my body, that brings out what limited supply of fury I possess, that will in a second release a frightening side of me that contradicts every sweet, innocent impression people have of my character: I’m admitting to failure.

When I say I don’t do well with failure, I REALLY don’t do well with failure. Ask anyone who spends time with me–I am probably the most competitive person they know. (And if not, I will probably take offense and argue my way into earning the title). I’m the kind of person who jumps at every opportunity to turn passive activities into intense games, who thrives on introducing incentive to win into the most unnecessary situations. I’ve been this way since I was a child, and I undoubtedly inherited it from my father.  On family game nights, my dad and I would verbally and virtually destroy each other on Wii games while my mother and sister, the pacifists of the family, sat back and watched the carnage unfold. When I was a fast pitcher for softball, I’d practice with my dad in the backyard, yelling and grunting at him when things didn’t work and he was the nearest target for my frustration. In school, I’d participate in every academic competition available, thriving on the moments of victory and beating myself up over losses. Once in a game of assassin (a long-term group competition that ends in one winner), I found myself on top of my best friend’s car at 7 in the morning as she started driving out of a parking spot in attempts to get her out of the game. As much as I’ll claim it’s not the case, I can get a bit out of hand, a tad ugly.

This Friday, I let my ugly show. My roommate and I attended a monthly college night at her church. I’d been to one before– they were great opportunities for getting to know other young people, playing games, doing worship, eating food, and hearing a lesson. But there was one particular aspect of this one that left me with no choice but to attend: the night was ending with a Mario Kart tournament. I daydreamed all week about how I would stroll up to the controllers, surrounded by overconfident guys not even knowing who I was, and destroy them all for the double prize of an Amazon gift card and the satisfaction of unveiling this hidden mastery to my unsuspecting peers. Again, this was nothing new for me; when most young girls dreamed about being saved from disaster by a prince-charming, I imagined casually intercepting and spiraling a football back to a group of boys and wooing them with my hard core athletic skills. 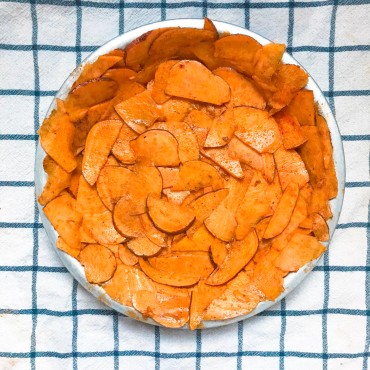 So after a fun few hours, the event finally began. The first round was a bit chaotic–I maintained a solid 1st place only to find out one of my competitors controllers had malfunctioned. But with a rematch, I shook off the temporary frustration and still scored high enough to make it to the next round. When my time came to step up to the screen again, I was beyond ready. I smiled at my roommate as she sat next to me to by my hype man, took one last look at the small audience behind me,  calmly chose my vehicle and character, exhaled one last time, silently watched the game countdown 3…2…1…and proceeded to drive directly into a wall. Over. And. Over. By the time I realized that my controller had been switched to manual (using the arrow buttons instead of turning the entire controller to steer), the race was well on its way and I was well behind in last place. My body went into panic mode, looking around frantically for someone to realize my situation, exclaiming involuntarily that I actually did know how to play this game, pushing buttons blindly on the suddenly foreign controller.

As each player finished the race, I felt a steady heat rise up through my body into my face, and I fought the heavy urge to either stand up and reassure everyone that the loss had been out of my control or to walk far away from the game before finishing. When I finally got up and turned around, shielding my eyes in preparation for the ridicule and even worse the “ah, you did your best”’s, I was met with an alarming lack of reaction. The sheer apathy towards my tragic, humiliating, unforgivable display of failure was shocking to me. I was literally the only person who cared about what had happened, the only person who was questioning how my reputation had changed, the only person who’s night was nearly in shambles because Luigi got 12th place in Wario Stadium. And it’s because of that lack of reaction that I was eventually able to enjoy–at least somewhat–the rest of the evening.

Today I woke up with the plan to make vegan quiche, take photos of it, and write a blog. Ambitious, yes, but what’s more exciting than a challenge when you’re me? So, I bought everything, made a recipe plan, assembled it, and got it baking with just enough time left to prepare my post. Until I checked on it…and realized it just wasn’t right. I left it in the oven for longer and longer, feeling that same heat in my face intensify with each peek into the window. Not sure what to do, I kept putting it back in, hoping that it would finally reach the right consistency, finally stop running into walls and get back on course. Yeah, that didn’t happen. What success the quiche had in flavor was just entirely lacking in the texture. I pulled it out, knowing what my fate was but not yet accepting it–until I saw the clock and put my controller down. I give you the first public Waltz of the Flours failure.

Of course I’ll have the recipe up shortly when I have it perfected, and of course that will only mildly disappoint you, if at all. But this week was a much needed slip for little me– and my disproportionately massive pride. Don’t get me wrong: I will NOT let this happen again for a long time. But I think it was a healthy reminder for me and hopefully for anyone else whose fear of failing exceeds their ability to admit their humanity. I will have to grit my teeth in a smile through many more 12th places and bad quiches in my lifetime, so I had better get used to it now. After all, winning can’t exist without losing, right?? 😉

But he said to me, “My grace is sufficient for you, for my power is made perfect in weakness.” Therefore I will boast all the more gladly about my weaknesses, so that Christ’s power may rest on me. 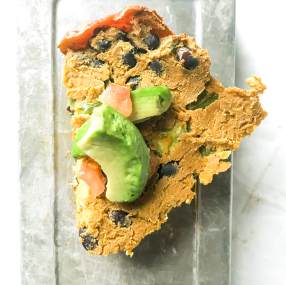