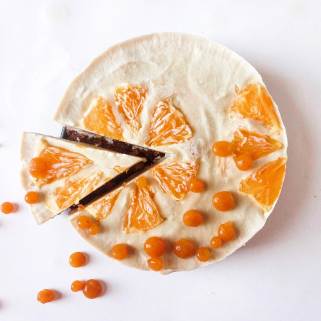 This was a week full of beginnings: the beginning of the ballet season, the beginning of pumpkin spice adulation (or odium, depending on who you ask), the beginning of my third year waiting tables at Wai Wai Chinese Cuisine, and the beginning of my life as a twenty year old. September for me always seems to carry a weight much heavier than the mildly disappointing “summer’s over now” mentality. It brings with it an annual analysis of where I find myself in life and what I hope to accomplish in both the near and distant futures, as if August 31st is my true New Year’s Eve.

Because of who I am, this usually involves quite a bit of worrying, a pinch of dread, and a WHOLE lot of planning. If there’s an element of my schedule that I think I can control, you better believe that I’m going to be controlling it–or at least trying my darndest to. This strategy, believe it or not, doesn’t quite leave room for much spontaneity. I often pride myself in cutting out activities that aren’t instantly productive in some way, a trait I prefer to euphemize as being responsible. The general public would prefer the term uptight. 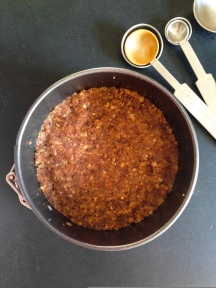 However, this year is revealing the potential for one more new beginning; perhaps it’s more of an end, really. I encountered this particular development while sitting in a booth at The Yard in Shadyside. I’d just attended CRU, a Christian young adult group that meets at Pitt every Thursday night, and I’d been invited to go with a large group to get food afterwards because of a weekly half-off special that was happening that day. It wasn’t until after the hilarious conversations with a few girls who were quickly becoming great friends, after the delicious cheesy sandwiches, after everyone singing Happy Birthday to me and generously paying my check, after passing around the enormous free dessert the waiter presented, after a car ride home spilling with giggles, after a smile and tight hug from my roommate, after I plopped happily in bed, that I realized it was 12:45. Just before my mind slipped into sleep, it occurred to me that I could count on one hand the number of times I’d done something as crazy as stay out til the am on a “school night.” 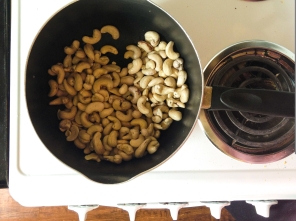 The craziest part of the whole ordeal, though?? I survived. The Earth did not cave under my rebellious feet, I didn’t collapse from exhaustion in dance the next day, and I didn’t even feel tiredness creep into my eyes until I was safely on my couch the following night.

If someone had told me five years ago that on my 20th birthday I’d be out eating grilled cheeses with friends in a Pittsburgh gastropub at midnight on a Thursday before ballet the next day, I would have politely informed them that they were absolutely out of their mind. Little high school me would have dug my heels in tightly at the mention of going out the day before an early class. And little high school me would have missed out on one of the most enjoyable nights I’ve spent in Pittsburgh and some of the most genuine friendships I’m gaining. Nothing will ever change the fact that I’m an innocent, rule-following, pop-culturally oblivious gal who’d rather be in bed watching the Great British Bake Off than out partying on the weekend. The older I get, though, the less I intensely resist things that shake up the very controlled, very safe, very affordable walls of my life every once in a while.

The development, the September resolution that I’ve been blessed enough to discover, is the reward that comes with opening yourself up to things that test your definition of normality. This will look different for everyone, of course. If you rely on take-out or pre-made meals most days, maybe this means finding a recipe and cooking dinner from scratch. If intense parties constitute the entirety of your weekends, reserve a Saturday every once in a while to have a quiet night at home with a movie or book. Do the opposite of what your instincts dictate. (Within reason, of course. I haven’t changed THAT much :P) 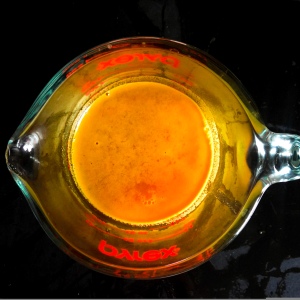 Periodically breaking from your zone of comfort is not only exciting but surprisingly healthy–as smart as we all think we are sometimes, we can only learn so much from living the same way every day. This week I can help you start small, by trying an unfamiliar food. What better thing to challenge your culinary norms than dessert caviar? This recipe is a treat and a science experiment all in one, and it’s the perfect way to upgrade your average day into a unique dessert adventure. Beyond that, the endless decorating possibilities provide yet another way to enlighten your schedule with an artistic activity. The sweet and salty crust is perfectly offset by the smooth, citrus filling of this cheesecake; then, the pop of cinnamon orange caviar just finishes off each bite perfectly; you’ll thank me later. Make this cheesecake, and join me in my New Year’s Resolution: shake things up.

Forget the former things; do not dwell on the past. See, I am doing a new thing! Now it springs up; do you not perceive it? I am making a way in the wilderness and streams in the wasteland.

***For another way to shake things up, try making bite-sized cheesecakes by chilling the crust and filling in a mini cupcake tin. Run small strips of parchment paper across the bottom and sides of each cup for easy removal.